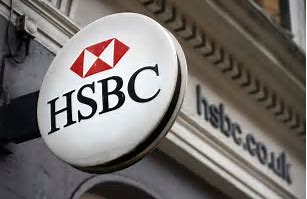 Some Spanish mortgage lenders have been overcharging borrowers using illegal ‘floor’ clauses that limit the minimum interest rate they can charge. Borrowers with mortgages in Spain taken out in the boom years could be entitled to a substantial refund.

What is a “Clausula suelo”/floor Clause?

A Floor Clause (or ‘Clausulas Suelo’ in Spanish) is simply a clause that has been inserted into mortgage agreements by some Spanish banks that affects the interest rate payable on the mortgage.

However, the insertion of the Floor Clause into the mortgage contract means that mortgage holders do not fully benefit from the fall of the interest rate as there will be a minimum rate, or floor, of interest payable on the mortgage. The level of the floor will depend on the bank providing the mortgage and when the mortgage was taken out, but it is typical to see floors of 3.00-4.00%.

This means that if you have variable rate mortgage with EURIBOR and a floor set at 4%, when EURIBOR falls below 4%, you still end up paying 4% interest on your mortgage. As EURIBOR is currently negative at -0.15%, you are overpaying on your mortgage interest for the difference between the floor rate and current EURIBOR. Over time, that could represent thousands of additional euros in extra interest payments.

In the past, “floor” clauses were included in many variable-rate Spanish mortgages (mostly tied to the 12-month Euribor base rate) setting a limit on the minimum interest rate the lender could charge, typically around three percent. So regardless of how low Euribor fell, mortgage borrowers with floor clauses continued to pay interest at the fixed minimum rate, despite having variable-rate mortgages.

The scandal has been that these floor clauses were not adequately explained, or even not mentioned at all to borrowers, many of who didn’t know these clauses were buried in the small print of their mortgage contracts, Foreign borrowers, in particular, were likely to be unaware of the existence and implications of floor clauses, thanks to language barriers and living outside Spain in many cases.

Euribor fell off a cliff with the economic crisis, dropping from 5.38% in September 2008 to 1.26% in September 2009 (see chart), and have now been negative since February 2016. When Euribor falls below 2%, where it has been for most months since March 2009, many borrowers with illegal floor clauses are paying too much.

When borrowers started noticing that mortgage repayments stayed the same despite a plunge in interest rates, they began asking questions, and the scandal began to build.

The problem is not that floor clauses are illegal in themselves, it’s that some lenders made no effort to explain them to borrowers, and buried them in the small print, so many borrowers did not know they had floor clauses, or did not understand them.

Back in May 2013 the Spanish Supreme Court ruled that any floor clauses that had not be adequately explained to borrowers were “abusive”, and therefore null and void, entitling borrowers to a refund for overpayment, but only going back as far as May 2013.

The time-limit was contested by consumer groups at the European level, arguing that it was inadmissible under EU law. The European Court of Justice’s (ECJ) General Advocate, Paolo Mengozzi, upheld the time-limit in a non-binding opinion arguing that it was necessary due to “macroeconomic repercussions” and “exceptional circumstances”, but on Wednesday 21st December 2016, the ECJ threw out those arguments, paving the way for reclaims with total retroactivity, and no time-limit.

DOES YOUR MORTGAGE HAVE AN ABUSIVE FLOOR CLAUSE?

Recent mortgages taken out since 2013 are unlikely to have floor clauses but loans from before that date may have them, especially loans signed in the years 2007 – 2009.

If you have not noticed any decline in your mortgage payments since 2008 it is likely that your mortgage contains a floor clause.

HOW DO YOU RECLAIM?

Floor clauses are not illegal in themselves. The problem was that, in many cases, they were not adequately explained, and that clauses in contracts were not “transparent” or “understandable”. This means you are not entitled to automatic reimbursement just because you have a floor clause in your mortgage agreement. You may have to go to court to argue the clause was not adequately explained to get it ruled null and void. Then you can reclaim overpaid interest. That means you need a lawyer to negotiate with your lender and formally complain, and, if necessary, take your case to court.

Most of the cases are solved out of court, as banks refund the interests as soon as they receive a formal complaint letter from a lawyer. However, each cases is different and it has its own particularities.

How Much Compensation Could I be due?

If your mortgage agreement contains a floor clause, then you should get paid back the difference between the level of the floor rate and the level of interest reference for the period that this has been below the floor rate. Additionally, compensatory interest should be added to this amount.

In terms of the amount of compensation, this could be of thousands of euros. You can calculate how much you can claim through: https://www.suma2y2.com/floor-clause-calculator.

Any person who took out a mortgage to buy a property for personal use and act as a consumer. It doesn’t matter if you have already paid it off.

In some cases, who had reached an agreement with the bank in relation to Floor clauses before the Spanish Government pass the new regulation in January 2017.

What do I Know if I have a Floor Clause in my Mortgage?

The way to tell whether you are affected by floor clause mis-selling is to look for the term ‘clausula suelo’ in your mortgage deed.

For free consultation do not hesitate to contact us through: https://www.reuterssolicitors.com/contact-us/