PLUSVALÍA MUNICIPAL. Local Tax. How it can affect you?? 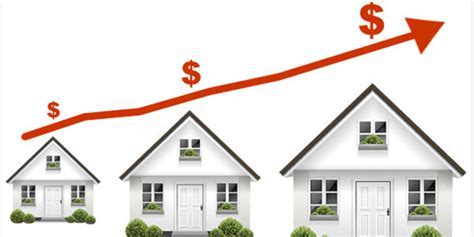 “Plusvalía Municipal or Impuesto Sobre el Incremento del Valor de los Terrenos de Naturaleza Urbana (IIVTNU)”, is a local tax administered by Town Halls in Spain which aims to measure and tax the increase in value on an urban property when it passes into new ownership, either through sale of purchase or by any other means.

In essence it is similar to a Capital Gain tax, taxing the “profit” made by homeowners when they sell a property for a higher price than they paid for it.

However, the validity of this tax has been questioned for a long time, and even more so since many owners have been forced to sell their properties in a loss situation. This has come about due to the decrease in property values during the economic crisis in Spain over a long period of time, as owners either find themselves force to sell at prices lower than they paid.

This generally relates to properties purchased pre-2008, as the economic crisis began in the first quarter of 2008, when property prices started to fall.

Since them, values has fallen by between 30 and 55%, depending on the location and nature of the property.

This situation was further complicated by the volume of “black money” which had formerly changed hands in property transactions, when it was common practice for property to be declared in an inferior value, with a percentage of the transaction undertaken in a cash payment, effectively defrauding the authorities of legitimate tax revenue.

This means that many property owners are in possession of purchase documentation inferior to the value they actually paid for the property and are being hit hard by Plusvalía taxation system.

In order to minimize fiscal evasion, the Spanish Government introduced two measures; one, reducing the amount of cash legally permitted in any transaction to prevent fraud, and second, designing a system setting a minimum value for each classification of property, based on location and floor area, taking the values at the time legislation was introduced.

Since that point, property values have fallen considerably, meaning that many property owners who have been forced to sell for less than they paid have been unfairly taxes on profits that they have not actually made.

Also in some cases, owners have also been forced to hand over their properties in exchange for the cancellation of the mortgage debt with the bank (Dacion en Pago). You can read more about Dacion en Pago through this link: https://www.reuterssolicitors.com/wipe-your-mortgage-out-dacion-pago/

Many vendors have challenged the Plusvalia bill presented, and doubts over the validity of the Plusvalia were reinforced on 11th May 2017 by the Constitutional Court, the highest court at the Country, who reached a decision that “the tax on the increase in the value of land of an urban nature violates the constitutional principle of economic capacity, insofar as it is not necessarily linked to the existence of a real increase of the value of the asset, but to the mere ownership of the land during a period of time“.

In other words, the way that the tax is designed makes it possible for those selling property to be faced with a bill even when the capital gain they are assumed to have made does not actually exist!.

This is deemed to be in contravention of Article 31.1 of the Spanish Constitution, as well as Art. 107.1, 107.2 a ) and 110.4 of the Law regulating the tax, and as a result the door has been opened for anyone who sold a property at a loss to claim back the amount paid to their Local Town Halls, always through the legal procedures established by Spanish legislation.

The legal way to claim back tax of improperly paid is far from easy, and in this case is not exempt from problems, since the tax itself has not been eliminated. Instead its application has been questioned, and the cases that should be exempt have been identified.

Assuming the transfer and the payment of the tax have been made, the first step is to submit a written request for rectification and refund of undue income to the Local Council which collected the tax, stating the amount paid, and presenting allegations, documents and evidence that justify the lack of profit as a result of the sale

If this does not provide satisfaction, we can initiate a judicial procedure, through the Contentious-Administrative Appeals Court. The deadline for filing is two months from the end of the administrative procedure and must be addressed to the corresponding Superior Court of Justice. Here there is a greater chance of our rights being recognized and reimbursement being forthcoming.

Before initiating any claim we always recommend to study each case carefully for various reasons. Firstly, reimbursements are not always due, as it is necessary to prove beyond doubt that there was no profit made on the sale of the property, and in addition, it is not always worth appealing to the Courts of Contentious-Administrative Appeal due to the costs entailed. For these two reasons it is recommendable to get advice from experts in this issue.

We recommend you to hire the services of a lawyer to make sure you can get the refund of the undue tax from the Town Hall.

Do not hesitate to contact us for further information: https://www.reuterssolicitors.com/contact-us/

You can visit the page through this link: