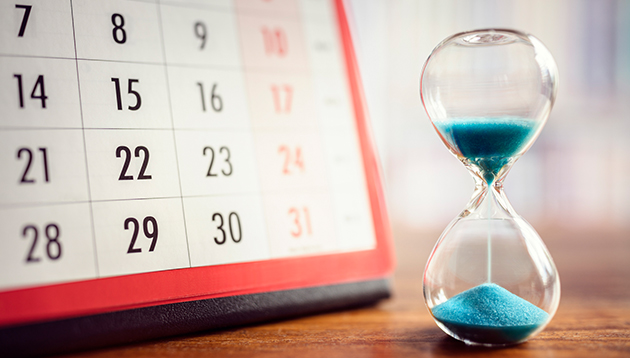 A statute of limitations is a law which sets the maximum time in which parties involved have to initiate legal proceedings from the date of an alleged offense, whether civil or criminal. However, in this blog we will explain civil statutes of limitations.

The length of time the statute allows a party to bring legal action against another party varies depend on the nature of the claim.

It is important to highlight that when the period of time specified in a statute of limitations passes, a claim might no longer be filed, or, if filed, may be liable to be struck out if the defense against that claim is, or includes, that the claim is time-barred as having been filed after the statutory limitations period (“period of prescription”).

The Law 42/2015, 5th October, which sets the maximum time that parties have to initiate legal proceedings, modified the articles of the Law 1/2000 of Civil Procedure Code (also known as LEC).

Before October 2015, there was a long limitation period within which actions for breach of contract could be brought 15 years after the date the breach occurred)

From October 2015, the limitation period for actions for breach of contract has been reduced to 5 years.

Term of the statute of limitations

The terms to bring legal action against another party are:


Statute of limitations of 30 years:


Statute of limitations of 20 years:


Statute of limitations of 6 years:


The real actions on movable property/assets prescribe to the six years of loss the possession, unless the possessor has gained by less term the dominion according to Article 1955, and except the cases of loss and public sale, and those of theft or violence theft.


Statute of limitations of 5 years:


1.- Personal actions of any kind that do not have a statutory limitation period, prescribe five years from when the obligation could be demanded, taking into account that in the obligations of “to do” or “not to do”, the term will begin each time fail to comply (Article 1.964.2 Cc).


* As previously indicated, prior to Law 42/2015 of October 5, this generic prescription term was FIFTEEN (15) years. For this reason, we must pay special attention to the transitory regime established in the aforementioned norm (Transitory Disposal number 5), being able to distinguish the following temporary phases:


A.- Actions derived from legal relationships born between 7th-10-2000 and 7th-10-2005: the previous legal regime will remain in effect and therefore, the term of fifteen (15) years will be valid.


2.- The actions to demand compliance with the following obligations:


A.- Pay children alimony.
B.- Satisfy the price of the leases, whether they of rustic or urban properties.
C.-The payments which must be made for years or in shorter terms.


It is regulated at Article 1.967 Civil Code, which says that the actions to execute a duty will be 3 year:


1.- To pay judges, lawyers, registrars, notaries, experts, agents and curiae their fees and rights, and the expenses and disbursements that they would have made in the performance of their positions or offices in the matters to which they obligations refer.


2.- To satisfy the pharmacists the medicines they have supplied; the teachers their fees and stipends for the teaching they gave, or for the exercise of their profession, art or trade; since the respective services stopped being provided.


3.- To pay to the servants and laborers the amount of their services, and the one of the supplies or disbursements that they would have done concerning them; since the respective services stopped being provided.


4. – To pay the innkeepers the food and room, and to the merchants the price of the goods sold to others who are not merchants, or to who are merchants but  they are dedicated to different trade; since the respective services stopped being provided.


Statute of limitations of 1 year:


-The action to recover or retain possession.


-The action to demand civil liability for insult or slander and for the obligations derived from the fault or negligence referred to in article 1.902, since the aggrieved knew it.

To sum up, we will like to mention Article 1.969 Civil Code which says: “The statute of limitations for of all kind of actions, when there is no special provision/article which rules it, will be count from the day they can be exercised.”

Moreover, Article 1973 CC sets that “The statute of limitations will be suspended by its exercise at Court, by extrajudicial claim (Burofax letter) or by any act of acknowledgment of the debt by the debtor”


For legal advice about civil actions and statute limitations, do not hesitate to contact Reuters solicitors.